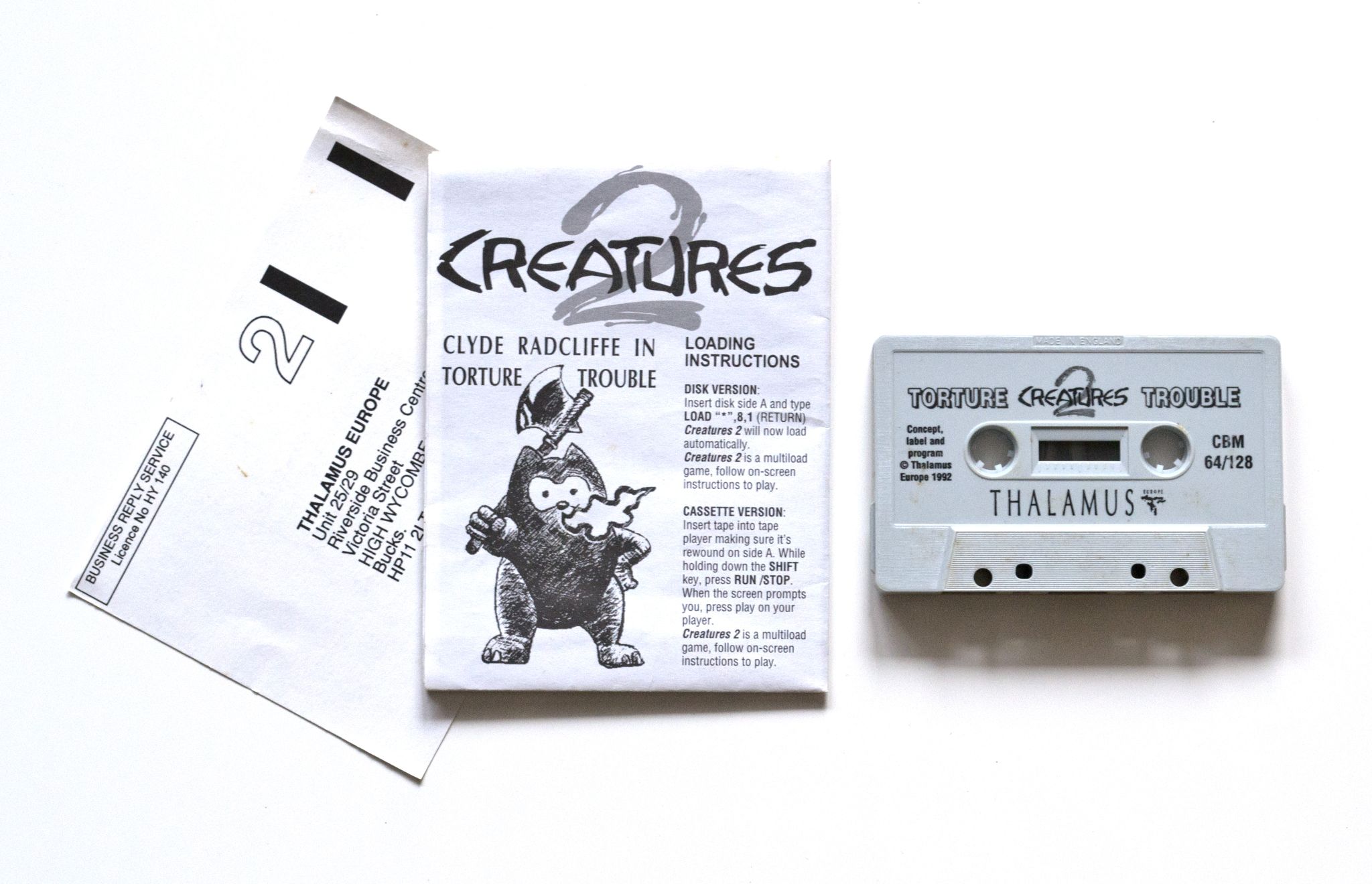 Oh, the first time booting up Creatures 2 and seeing the characters "C" and "2" — filling the whole screen! — slamming together and then being crushed by Creatures 2 - Torture Trouble in goold ol' Terminator 2 style sent my teenage mind flying. Nothing, absolutely nothing was that cool and let's not forget, that's just a few seconds of awesomeness and the game hasn't even started yet.

For me, the Creatures game were all about their torture screen puzzles. The cartoon-like graphics mixed with hecto-liter of blood just worked so well and made losing the puzzle your first goal. Also, there were so many tiny details packed into these single screen levels that one had to play them over and over again to see every single one of these well-timed animations.

Another fun part of playing Creatures 2 was inviting a friend over and to just watch the game being played. The excitement of showing one of the gruesome deaths to somebody for the first time was excellent and the eruption of belly-holding laughter afterwards was worth it every single time. The countless let's-watch-that-again moments entertained us for hours.

While the torture chambers are certainly the game's highlights, I also enjoyed the interlude sections quite a bit. Here, bouncing fuzzies from one side to the other while collecting bonus coins and evading enemies was a simple but very satisfying setup and the high quality soundtrack and graphics — snow, 'nuff said — was just the icing on the cake. The same goes for the boss fights: the game mechanics were simple but challenging and the almost full screen boss monsters were something you wouldn't have believed possible on the humble C64 and yes, sure, Turrican's bosses were big and impressive too but not full screen cartoon characters.

Last but not least, the swimming sections: for these, I just hit C= or whatever key the level skip cheat was bound to. I'm not patient enough learning all the enemy patterns and routes to successfully beat those stages.

About my boxed copy: I had been looking for a copy for quite some time but they were always beyond my personal limit. Also, Creatures 2 isn't really that common thanks to the fact that Thalamus folded not that long after its release. I wish I had the bigger disk version but in the end I'm happy having any boxed version sitting on my shelf.